The sad truth behind the pen licence 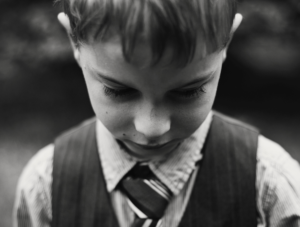 What is a pen licence?

A pen licence is a formal recognition by a class teacher which grants permission to their pupil to use a pen once their handwriting is regarded as being of a good standard. Teachers believe that a child needs to reach a certain standard of pencil writing before being allowed to use a pen and this is viewed as a motivation to write neatly. Teachers and schools adopt the psychology of associating maturity with the use of a pen.

How do teachers judge who qualifies for a pen licence?

The lack of a formal, standardised handwriting assessment makes it difficult for teachers to accurately judge exactly how neat or messy handwriting is. In general, teachers judge neatness and legibility by looking at letter formation, letter size, spacing and speed.

Which age do children need to be to win a pen licence?

This varies from school to school and every school has their own handwriting policy. There is no set age in the national curriculum, the decision is down to each individual school.  Some schools award the licence at the end of year 2, whereas other schools have a policy of awarding the licence in year 5 or 6.  Some schools do not award a license at all as they feel that pens are not allowed until secondary school. Often children use pens at home so why not provide them with an element of choice and allow their use at school?

What happens once they win a pen licence?

Once a pen licence has been earned, children are finally allowed to use a pen for their class work. This award is recognition that they are good enough to not use a pencil anymore. If there is evidence that children write better in pen, why shouldn’t children be encouraged to use pens as soon as they learn to write? There seems to be no methodical thinking between the transition of switching from a pencil to a pen. Pens, including ink pens and felt pens, often require less pressure and the ink flow is more fluid. Pens come in different colours which makes handwriting fun and children should be permitted to learn to write using different mediums from the start. 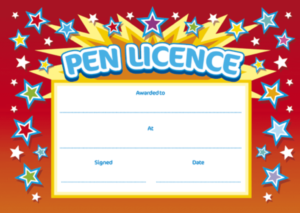 What is the award?

The award for a pen licence is permission to use a pen. The ‘handwriting pen’ often recommended usually has a round barrel, which makes letter formation hard to control. It would be more beneficial if the pupil were to use a triangular- shape pen, such as the Pentel Gel, as this helps maintain a comfortable grip and ensures that letters and words are formed accurately. Unfortunately, many teachers like their pupils to use erasable pens. This encourages children to rub out errors which waste time, as it is faster and neater to quickly cross out an error.

What happens if a child cannot write neatly?

This seems to be a common problem and impairs their ability to win their licence. Many teachers are not taught how to teach handwriting and are required to follow the policy set by their school.  Teachers often tell children to ‘keep practising’ or to ‘slow down’ which makes little or no difference as the child has no structured guidance to follow. Children can start to hate literacy purely as a result of their poor penmanship.

Pupils who suffer from motor difficulties such as dyspraxia or hypermobility may struggle with learning to write. Some children who are dyslexic or left-handed may have poor handwriting.  Maybe they simply have not learnt to handwrite in a simple and clear way. Children are often labelled and cast aside and left to other professionals to deal with, as they are perceived to be too difficult to remediate in a school environment.

It is often highly embarrassing when a child (or their parent) sees their bad handwriting displayed on the wall amongst peers who may have better-looking work which can further highlight their weakness. This often leads to low self-esteem, a dislike or fear of handwriting and even handwriting avoidance.  Sometimes their bad handwriting is not on display which adds to the child’s awareness that their work is not good enough which can further damage confidence in other subjects. In many cases, teachers are forced to recommend the use of computers because it is simply not possible for the child to ever earn the pen licence certificate and the skill of neat, legible handwriting is never acquired. 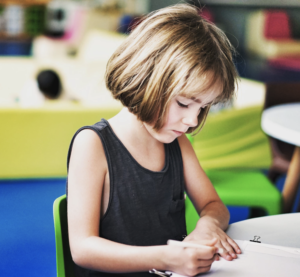 How do children suffer?

The biggest negative impact children is when the feeling of failure is highlighted. Children who do not win their licence often feel inadequate and may become socially excluded. This can result in a lack of confidence which transfers into other areas of their social and psychological well-being. Watching their peers rewarded with a pen licence reinforces their inadequacies, which teachers are not able to resolve. Many teachers do not recognise the damage they cause their pupils. Not receiving a licence can be demoralising and demotivating and affect all areas of development.

Some schools award a  pen licence automatically in year 6, regardless of their level of handwriting. This is confusing as the message given to the child is that they have achieved an acceptable level of handwriting, whereas, in reality, this is often the opposite.

How do parents suffer?

Parents often suffer when they become aware that their child has not ‘won’ the pen licence.  They do not understand what constitutes good handwriting and how to help their child achieve this. In reward assemblies, parents witness other children’s receive a pen licence whilst feeling their child’s disappointment when their name is not called out. Parents become desperate!

They may feel embarrassed and sorry for their child, who is stigmatised because they are one of the few who has not achieved the licence. Parents feel humiliated in parents evening and social groups, in the knowledge that their child is intelligent, but categorised and judged because of their bad or messy handwriting.  Parents of ‘successful’ children often gloat and are competitive in their child’s success which in turn makes the ‘failed’ parent suffer more.

Many parents try hard to fix the issue and turn to other sources of information to try and resolve the issue, without fully understanding the problem and solution. There even incidences of parents becoming clinically depressed as they feel they have failed their child.

If teachers feel neat handwriting is easy to resolve why do so many children have bad handwriting?  A simple handwriting scheme, such as Magic Link should be taught within schools to enable all children to learn fluent, neat, automatic cursive handwriting. 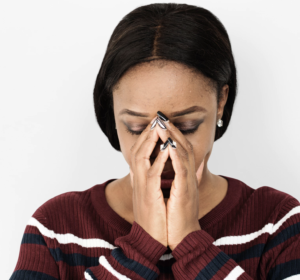 Many teachers prefer pencils because they can teach their pupils to erase, rather than cross out a mistake. Erasing is a bad for children to do as they cannot learn from their mistakes if they can no longer see them. I believe children should never erase as it wastes time and is unnecessary. It is important for children to get used to writing with a pen, as well as a pencil and if the child makes a mistake, he or she should simply cross out the word and write it again. Presentation should be encouraged after mastering writing, not simultaneously.

What happens if a child writes neatly but does not maintain this?

There are some instances when children earn their pen licence but it is taken away because neat handwriting cannot be maintained. Sometimes this happens when children are required to write longer or speedier passages. The removal of a pen licence, after it has been awarded, can be emotionally damaging and extremely upsetting, resulting in psychological trauma.

How should schools teach handwriting?

It is important to have a consistent approach throughout the whole school. The Magic Link handwriting course teaches neat, cursive joined up handwriting in 30 simple steps and the use of the simple Magic Link font makes letters easy to form. The Magic Link font can be taught from an early age in year 1, and progresses through all age groups, thus providing a uniform approach. The simple steps make handwriting easier to learn and improves reading as well as phonics. There is no teacher training required as teachers simply follow the video lessons and supervise their pupils. The strong colour coding and highly structured motor movement address dyspraxia and other difficulties of voluntary initiation of movement. Transfer of letters and words are introduced from the start and includes both visual and auditory modalities such as ‘top tips’ for optimum learning.

I strongly believe that children should be allowed to use both a pen as well as a pencil right from the start. This promotes an enjoyable handwriting experience. Children should be allowed children to experience ink from an early age in their written work and enjoy the art of written communication. Instead of a pen licence, children should receive a ‘Certificate of Achievement’ as provided in the Magic Link programme, which should be awarded for effort or achievement.  A pen license ultimately damages a child socially as well as educationally and this needs to be addressed urgently. A teacher’s role is to recognise that a child is trying their best and putting in the effort, and this should be the only factor to be rewarded. 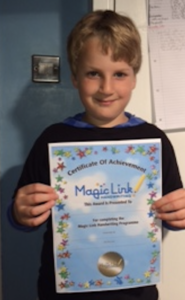